The second release of No More Pop features an obscure sideproject of the famous dutch minimal synth group “Ensemble Pittoresque”. Originally released on a promo compilation for local bands in 1984 called “De Wassenaarse Slag”, the single “A Distant Dance” is a truly unique journey into dutch synth wave. The composer and producer Ton Willekes and Paulus Wieland teamed up with Marga Visser for the vocals for their last creation before the final end of Ensemble Pittoresque. Besides the original version the record also features a special rework of the original Ensemble Pittoresque Demo of “A Distant Dance”, produced by Murphy Jax. On the remix front, the silvery Celina S resang the vocals for both Keen’s and Flemming Dalum’s remixes, which are shining due to their unique , dreamy and melancholic mood. 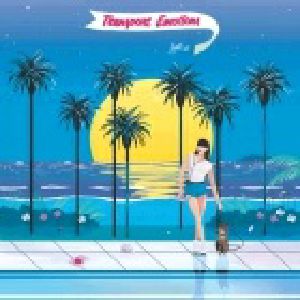 Produced in June 1985, under the lead of Panagiotis Papachatzis, the rare LP “Just A Dream” featured several italo disco stylistic songs and became legend for its unique touch and excellent synth lines. Now No More Pop teamed up with the former band lead P. Papachatzis to make it possible to officially rerelease their hit single “Emotions”. This release features also remixes by Flemming Dalum, Steen Gjerulff and Murphy Jax.

END_OF_DOCUMENT_TOKEN_TO_BE_REPLACED

Murphy Jax delivers a fresh full length EP entitled “Teleport : Echo City”, via the Frankfurt based Chiwax imprint. The album embraces a variety of styles, ranging from Chicago House, Classic Deep House, Movie Theme style cuts and raw Acid workouts. The mood of the records goes from child like melodies to dark, hypnotic and brooding synth heavy tracks.
Jax tells us the story of the album “Imagine a pre-apocalyptic generation of robots on a planet of machines. This is the last generation before the big war against the darkness, slowly coming from space. Some groups are fighting each other in chaos, others party before everything seems to end and lots of them don’t know – yet, but they all dream of Echo City. The one and only safe point, founded by Dr. Nigel Echo in the deep, cold and blue core of the planet. Dreams, desires, rebellion and chaos. They´re all going to fight the coming darkness, united by the prince of nanomagica. Taking place at several different locations, we are looking into the last hours before it all begins and ends at the same time.”

Lux Rec brings on the 11th release. Four finely crafted musical pieces to dance to and for your own private cinematic experience. Join Murphy Jax on a trip of post apocalyptic nightmares with unknown enemies and dangers lurking behind the ruins of a doomed society.

New release by Murphy Jax on Exploited. “Lets Get To It”  features one of the true cofounders of the real Chicago vibe: Mike Dunn. On the remixtip Serge Santiago came up with a totally unexpected hot UK Garage Mix. 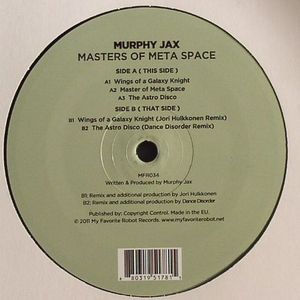 Murphy Jax returns with his 2nd twelve inch for Clone with some retro Chicago inspired tracks. Comes with one of those rare remixes by Orgue Electronique.

Clone Records continues the Jack For Daze series with an absolutely jacker from Murphy Jax featuring Mike Dunn vocals. The release comes with remixes from Legowelt and Alden Tyrell.